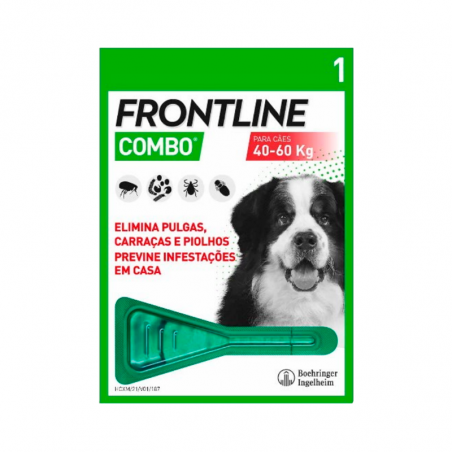 Treatment and prevention of infestations by fleas, ticks and / or biting lice.

Frontline Combo is a non-systemic product, unique of its kind, that kills fleas and ticks by contacting the parasite with the molecule present in your pet's skin. After application, it does not enter the bloodstream, concentrating on the skin fat being stored in the sebaceous glands. It is thus characterized by its ability to be stored for several weeks after application, which makes it resistant to rain, baths and shampoos. It acts on the nervous system of the parasite, which dies from nervous hyperexcitation.

Active substances: Fipronil: insecticide and acaricide belonging to the family of phenylpyrazoles. (S)-methoprene: Insect Growth Regulator (IGR) of the class of juvenile hormone analogue compounds that inhibit the development of immature stages of insects.

Ticks: Elimination of ticks. The drug has a persistent anti-tick efficacy for up to 4 weeks.

It should not be given to puppies under 8 weeks of age and/or weighing less than 2 kg. Do not use in sick (eg systemic diseases, fever) or convalescent animals. Do not administer to rabbits as adverse reactions or even death may occur. The veterinary medicinal product was developed especially for dogs. Do not use in cats and ferrets, as overdose may occur.

It is important to make regular applications throughout the year, even before observing the presence of fleas or ticks, in order to avoid the installation of the parasite's life cycle in the environment. It is recommended to apply the product to all animals in the house, even those that do not go outside.

Keep the pipette upright. Before breaking the tip ensure that all the contents are inside the main part of the pipette. Split the end. Remove the hair from the animal's back, at the base of the neck, in line with the shoulder blades, until the skin is clearly visible. Bring the pipette tip close to the skin and squeeze it several times to completely empty its contents directly onto the skin at an application point. 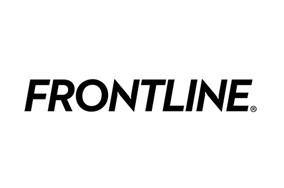 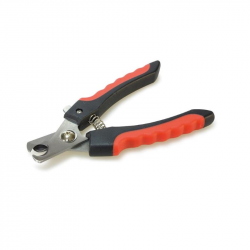 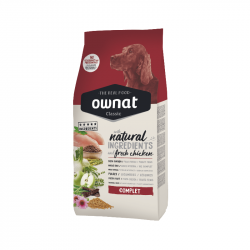 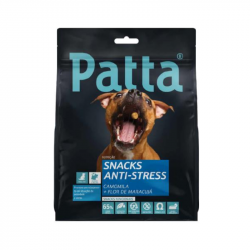 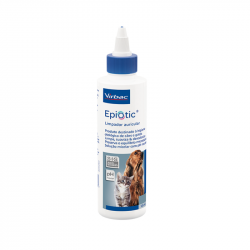