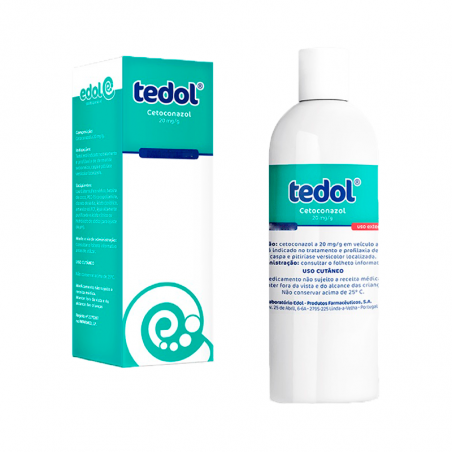 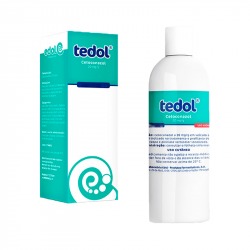 Treatment and prophylaxis of infections such as pityriasis versicolor (localised), seborrheic dermatitis and pityriasis capitis (dandruff).

Tedol 20mg/g Shampoo is indicated for the treatment and prophylaxis of infections in which the yeast Malassezia (Pityrosporum) is involved, such as pityriasis versicolor (localised), seborrheic dermatitis and pityriasis capitis (dandruff).

Posology and method of administration:

Pityriasis versicolor: Use Tedol once a day for 5 days. The affected areas of the skin should be washed with Tedol, left to act for 5 minutes and then rinsed. If the situation does not improve within two weeks, treatment should be re-evaluated. Seborrheic dermatitis and dandruff: Use Tedol twice a week for 2 - 4 weeks. If there is no clinical improvement after 4 weeks, the diagnosis should be re-evaluated. Pityriasis versicolor prophylaxis: Use once a day for 3 days, in a single treatment. Seborrheic dermatitis and dandruff: Use once a week.

According to current legislation, medicines not subject to a prescription in Portugal can only be delivered in the municipalities of Maia, Gondomar, Matosinhos, Porto, Santo Tirso, Trofa, Valongo and Vila do Conde. This limitation does not apply to shipments to other Member States of the European Union.