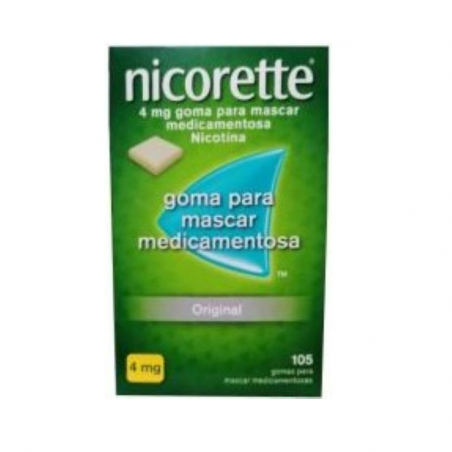 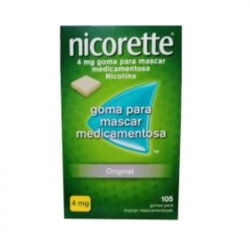 Non-prescription medicinal product indicated for nicotine dependence, relief of nicotine withdrawal symptoms and relief of the urge to smoke, as an adjunct to smoking cessation in adults.

Nicorette 4mg is indicated for the treatment of tobacco dependence, providing relief from nicotine withdrawal symptoms, facilitating the cessation of smoking in smokers motivated to stop smoking.

Nicotine, the main alkaloid in tobacco products and a naturally occurring autonomous substance, is a nicotine receptor agonist in the central and peripheral nervous system. Nicotine has been shown to be addictive in tobacco consumption.

Hypersensitivity to the active substance(s) or to any of the excipients. Recent myocardial infarction (within the last 3 months). Instability or worsening of angina pectoris. Prinzmetal's angina. Severe cardiac arrhythmias. Acute cerebrovascular accident.