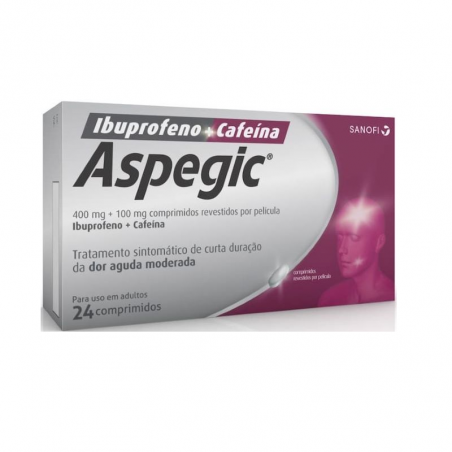 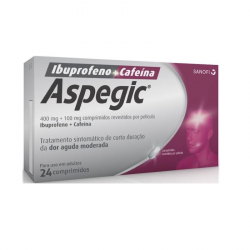 Ibuprofen+Caffeine Aspegic 400mg+100mg is indicated in adults for the short-term symptomatic treatment of moderate acute pain such as toothache or headache.

Active substance : 400mg of ibuprofen and 100mg of caffeine.

For moderate acute pain, a single dose of 400 mg of ibuprofen and 100 mg of caffeine is recommended. This can be repeated after 6-8 hours, without exceeding a maximum daily dose of 1200 mg of ibuprofen and 300 mg of caffeine. The duration of treatment should not exceed 3 days. For mild pain or when the duration of treatment exceeds 3 days, Ibuprofen + Caffeine Aspegic is not recommended. Therapy with an active substance at the lowest effective dose should be considered. Example: Ibuprofen 200 mg. For short term use only. The lowest effective dose for the shortest period of time needed to relieve symptoms should be used. It is recommended that patients with gastric sensitivity take Ibuprofen + Caffeine Aspegic with food. Oral route. The tablets should be swallowed whole with a glass of water.